Restart a node in a 11.2.0.3 (GI and DB both) cluster and the node vip is not reachable from the external network, restart the other nodes too and now port 1521 on all the cluster vip addresses and scan addresses is not reachable.

This is a rather serious issue even in a dev cluster and all the cluster services are actually up and running including SCAN vip addresses, SCAN listeners, local listeners etc.

However the port 1521 on the node vip addresses is reachable from the other nodes of the cluster or from the same subnet to be more specific.

not pingable from a different subnet on Linux."

And the fix is to run the below:

to update the ARP table of router.

By Raju.. at January 04, 2013
Email ThisBlogThis!Share to TwitterShare to FacebookShare to Pinterest
Labels: RAC 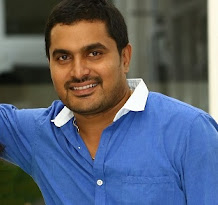